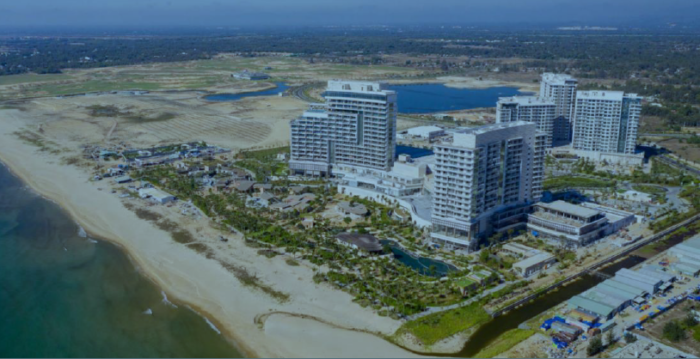 Suncity reported that it returned to profit for 2020, despite a 67.4 percent drop in revenue, due to an increase in the fair value of derivative instruments and convertible bonds. The company had a profit attributable to shareholders of RMB786.4 million ($119.7 million) compared with a loss of RMB1.48 billion a year earlier.

The Hong Kong-listed company has been on an aggressive drive in recent years to diversify away from its junket operator roots. It is now the controlling shareholder of Summit Ascent, which operates the Tigre de Cristal resort in Russia’s Far East. It’s building an integrated resort in Manila’s Entertainment City and is developing two non-gaming properties in Japan.

However, 2020 was to have been the year when it opened its flagship IR project, the Hoiana.

“Flights and visas to Vietnam are no longer accessible, leaving us no chance to showcase what a masterpiece that we have created. 2020 was history, and letting bygones be bygones would be the best strategy,” Chau said. “As long as we stay afloat while we sharpen other swords, and I am not worried about not having chances to strike in the future.”

Hoiana, in central Vietnam held a preview in June. Since then, the 1,000-room resort has generated net revenue of $4.8 million with an adjusted EBITDA loss of $32 million. In addition, luck wasn’t on its side, which resulted in a $1.2 million hit to EBITDA over the year.

Only the mass gaming floor, the VIP rooms, some hotel rooms and the golf course entered into preview on 28 June 2020 and the group has been forced to switch its marketing focus to foreign passport holders in Vietnam.

Still, Suncity said it will continue to ramp up the property and prepare more VIP rooms and food, beverage and retail outlets in anticipation of a recovery.

Its plans in Japan involve a diving resort in the Miyako Islands and a skiing resort in Niseko, Hokkaido. While in the Philippines, the Westside City Project’s main design and piling works are completed and it’s moving on to building the superstructure above the ground.