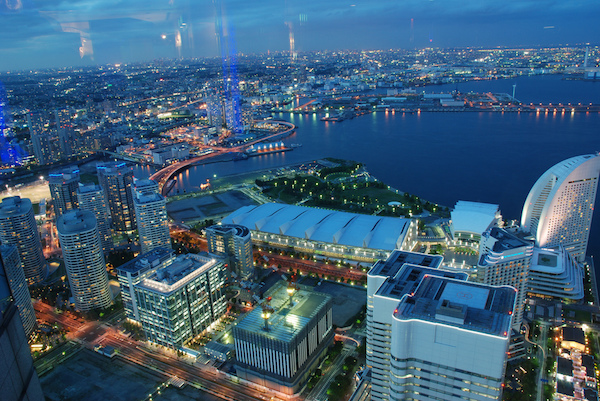 This was a week in which those supporting and those opposing IR development in Yokohama marshaled their forces, organizing toward the decisive battle in August when the mayoral elections are scheduled to take place.

The pro-IR administration of Mayor Fumiko Hayashi is using taxpayer money to publish 855,000 copies of a pamphlet to local residents, aiming to promote its view that hosting an IR is an absolute necessity to secure the future of the city.

The text of the pamphlet is already widely available online via PDF, and critics allege that it downplays the casino element unreasonably.

Throughout the document the proposed facility is described only as the “Yokohama Innovation IR” or as an “IR.” This is in contrast to the now-conventional news media description as “an Integrated Resort (IR) including a casino,” a phrase that splits the difference between proponents and opponents.

At least one critic, Yasuhiko Furuya of the Japan Communist Party, has already attacked this aspect of the pamphlet, saying, “Why isn’t there a single word written about the fact that the IR facilities and operations would be supported by casino revenues?”

Where it does mention the casino at all in the pamphlet, it is mainly to downplay it and to assert that all the risks will be contained. The casino, it says, will cover less than 3 percent of the floor area and will be tucked away from pedestrian passages frequently used by entire families. There will be strict entry policies enforced by cutting-edge technology. It also emphasizes the formal dress code and asserts that the casino will be “an adult social gathering place with dignity and cleanliness that will make you feel extraordinary.”

Although funded by taxpayer money, there is no sense of balance in the pamphlet. It is a pro-IR propaganda piece through-and-through that breezily dismisses all public concerns as being unfounded, and it does not admit that there will be any negative impacts at all. The underlying message can be summarized as, “we’ve got this—no need to worry about anything.”

What the pamphlet does want to draw readers’ attention to is the deteriorating state of public finances. Its most prominent section argues, “In terms of long-term fiscal spending in the future, it is certain that the population will decline and that social security expenses will increase due to the development of a super-aging society. Long-term fiscal estimates predict that the balance will widen year-by-year until 2065. In order to prepare for this situation, it is essential to revitalize the local economy by increasing visitation and the working-age population through tourism policies.”

It concludes, “As one of the policies to overcome this difficult situation and to support our further progress as an attractive city with an affluent lifestyle, Yokohama city is promoting efforts toward the realization of an IR.”

Of course, the “working-age population” that Yokohama has in mind would be drawn from other parts of Japan, harming the economy elsewhere in the country. The obvious comprehensive economic solution—which the Japanese nation still adamantly refuses to face—is that increased foreign immigration will be needed to address the nation’s long-term demographic crisis. (In this sense, IR construction may be seen as yet another effort to avoid the nation’s broader challenge.)

Meanwhile, the IR opponents have not been idle. A new citizen’s group has been formed including many of the leaders of the earlier referendum campaign. Although they had gathered more than three times the required number of citizen signatures, the Yokohama City Council, controlled by pro-IR allies of Mayor Hayashi, refused to hold a referendum, declaring it to be a superfluous effort in light of the pro-IR views of some senior members of the local business community. The government and big business IS the public’s opinion, according to their argument.

The new opposition group’s objective is written directly into its unwieldy name, the “Yokohama Citizens’ Association to Bring to Power an Anti-Casino Mayor.” With a name like that, there’s hardly more that needs to be said to describe them.

Public opinion polls have routinely suggested that the casino opponents have the advantage on this particular issue, but it remains to be seen if the IR opposition forces can navigate through the various potential pitfalls that lay still between where they are now and the day of the mayoral election.