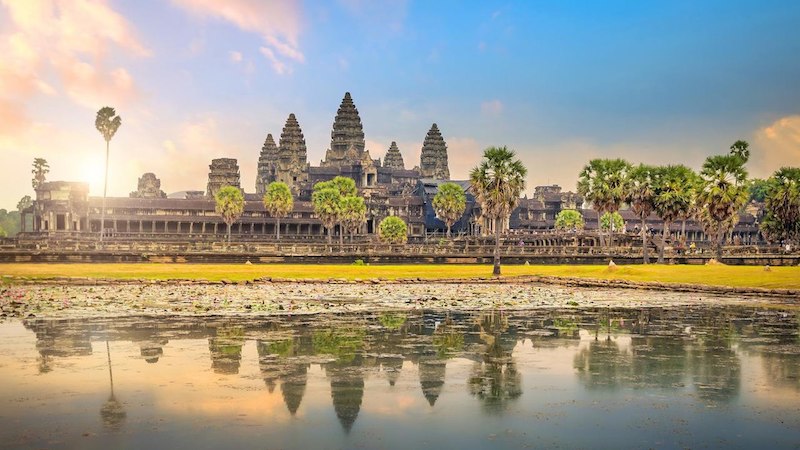 NagaCorp’s ambitious plan to build a non-gaming resort not far from the world heritage site of Angkor Wat appears to have met a hard end, according to a report in the Phnom Penh Post.

The US$350 million development project raised eyebrows from the time it was announced last November.

Last month, the United Nations’ cultural agency UNESCO issued a statement outlining its concerns, saying, “The proximity of the project to the protected buffer zones of the [Angkor Wat] site as well as the scale, scope, and concept of the planned activities could indeed have an impact on the outstanding universal value for which Angkor was inscribed on the UNESCO World Heritage List.”

The statement added, “UNESCO is certain that the Cambodian authorities remain fully committed to the implementation of the World Heritage Convention and will ensure that the protection of the outstanding universal value of Angkor remains at the heart of the decision-making processes relating to the property and its surroundings.”

The latest news is that the International Coordinating Committee for Angkor (ICC-Angkor) ultimately told the Cambodian government earlier this month that “cannot be implemented” in the planned manner.

The Ministry of Culture and Fine Arts reportedly announced yesterday that it “shares the views of ICC-Angkor.”

According to the information that NagaCorp released last November, the government of Cambodia had granted to a wholly-owned subsidiary of the company a fifty-year lease, with an option to renew, on a prime piece of development land sited just about 500 meters south of the outer restricted zone of Angkor Wat.

The company statement at that time explained, “the vision is principally aiming at promoting Angkor Wat Siem Reap and NagaWorld Phnom Penh as the twin tourism icons of Cambodia by leveraging on development of the land lease in Siem Reap into a comprehensive non-gaming integrated world-class resort so that overseas visitors to Cambodia can enjoy and experience the world famous ancient temples of Angkor Wat and the sophisticated NagaWorld complex at the same time with the most competitive price.”

Jackpot win over half a million dollars in Las Vegas